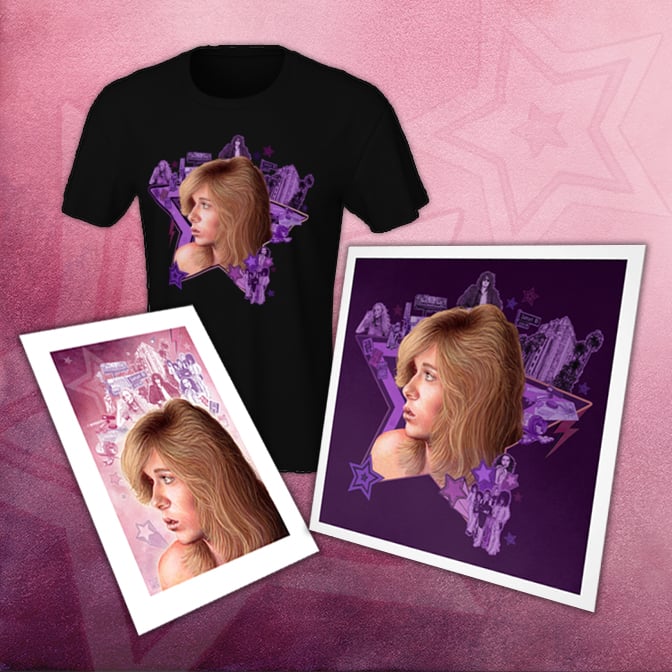 The Prettiest Star: Whatever Happened to Brett Smiley? (previously out of print) is now available on Amazon as an ebook for Kindle:
https://www.amazon.com/dp/B08BYZM786

Glamorous teen heartthrob Brett Smiley had the looks and the talent of a future superstar, but fate had different plans for him. As much the work of a detective as a biographer, The Prettiest Star, Nina Antonia’s expert excavation of the life of Smiley tells one of the most fascinating and tragic ‘what if’ stories of the rock era.” ~ Richard Metzger

The epitome of Fey, ‘Beautiful’ Brett Smiley was primed for fame in the frenetic era of Glam but success was illusory. A former child actor, Brett had everything including a Mephistophelean manager, Andrew Loog Oldham who had steered the Rolling Stones to mega-stardom. Meanwhile, in Liverpool, Nina Antonia, a disenfranchised teenager witnessed Smiley’s sole television appearance in the UK. Interviewed by a concerned Russell Harty, the fate of the young singer was already in jeopardy. With a one way ticket to the boulevard of broken dreams, Brett was to become a missing piece of Nina’s childhood, until their paths crossed, almost 30 years later.

For almost three decades, Nina Antonia has chronicled the lives and misadventures of the wayward yet enticing, including Johnny Thunders, the New York Dolls, Peter Perrett, Brett Smiley and more recently, doomed Victorian Poet, Lionel Johnson. Achieving critical acclaim for her books, Ms Antonia who previously contributed to Mojo & Uncut, appeared in ‘Arthur Kane ‘New York Doll’ and was interviewed extensively by Danny Garcia for his documentary ‘Looking For Johnny’, has since graduated from the stormy shores of rock n’ roll to explore decadent and supernatural themes. As well as having her work published in Fortean Times, 2017 saw the release of a haunting novel ‘The Greenwood Faun’ which is available via Egaeus Press and is ‘Shot through with decadence, poetry, opium and incense’ according to David Tibet of Current 93. It has been mooted that Nina has changed direction in her work and yet the themes follow the same, often fatal trajectory as her latest project ‘Incurable’ The Haunted Writings of Lionel Johnson, the Decadent Era’s Dark Angel’ attests. Published via Strange Attactor, ‘Incurable’ includes extensive biographical notes by Ms Antonia who also collated and edited Johnson’s wistful, candlelit verses. Nina Antonia would like to live in a secluded castle or an elegant tree-house (with plumbing) where she can continue to ponder the wistful & candlelit, whilst learning to play the Theremin.